Posted on February 3, 2022 by jbwoodward

“Thus says the Lord God: ‘I will also let the house of Israel inquire of Me to do this for them: I will increase their men like a flock'” (Ezek. 36:37).

“…Yet you do not have because you do not ask. You ask and do not receive, because you ask amiss, that you may spend it on your pleasures” (James 4:2b,3).

“Prayer is part of the system of cooperation between God and man which pervades nature and life. No crop waves over the autumn field, no loaf stands on our breakfast table, no metal performs its useful service, no jewel sparkles on the brow of beauty, no coal burns in hearth or furnace, which does not witness to this dual workmanship of God and man. So in the spiritual world there must be cooperation, though on the part of man it is often limited to prayers, which may seem faint and feeble, but which touch the secret springs of Deity; as the last pic of the miner may break open a fountain of oil or a cavern set with dazzling jewels.”

“Seeing so much depends on prayer let us never neglect this cooperation with God which God has ordained for us. Let us remember that if our part is left out the law [principle] will not operate and the blessing will not come.” (from Practical Prayer Portions for Daily Reading (Moody Press).

Prayer for the Persecuted

Posted on November 7, 2021 by jbwoodward

International Day of Prayer for the Persecuted Church
November 7, 2021

In just the last year, there have been:

These numbers are heart-breaking. And yet, they do not tell the whole story. James 1:2-4 says, “Consider it pure joy, my brothers and sisters, whenever you face trials of many kinds because you know that the testing of your faith produces perseverance.” That joy is what we see when we hear and work with Christians all over the world who suffer because they serve Jesus. God cares for His people, and He will never leave or forsake them.

The International Day of Prayer for the Persecuted Church originated in the 20th century to raise awareness of the increasing violence, torture, death, “worship restrictions, public humiliation, and social isolation” that some Christians face in atheist states, such as in North Korea, as well as in South Asia and the Middle East; the observance was spearheaded by the World Evangelical Alliance

This November, millions of Christians worldwide will unite for one cause: to join the global Body of Christ for the 2021 International Day of Prayer for the Persecuted (IDOP). The number one thing persecuted Christians ask for is prayer, and we want to equip you to be able to meet their request.

“In nothing be anxious; but in everything by prayer and supplication with thanksgiving let your requests be made known unto God” (Phil. 4:6, ASV).

“Faith does not create or produce, but rests and rejoices in what God has already done. His finished work at Calvary was the basis for our birth, and His completed work in our risen Lord Jesus is the source of our growth. “For if while we were enemies we were reconciled to God through the death of His Son, it is much more [certain], now that we are reconciled, that we shall be saved [daily delivered from sin’s dominion] through His [resurrection] life” (Rom. 5:10, Amp.). -(Miles Stanford)

“A great many people have the faith that seeks, but they have not a faith that rests. The Lord Jesus is here, rest in Him, let the burden go. ‘Lord, I trust Thee now; I abide in Thee now. Lord, as I think about my home problems, my business pressures, my personal difficulties in every sphere of life, I bring them all, and give them all to Thee.’ And believe that He keeps you. I am sure this rest of faith is the center of all activity.

“You cannot work without friction until you have this rest of faith—complete dependence not only on what the Lord has done, but on what He is to you this very moment. Rest in Him. ‘God is able to make all grace abound toward you, that ye always [not sometimes] having all sufficiency in all things, may abound unto every good work’ (2 Cor. 9:8).” -(Evan Hopkins)

“And the peace of God, which passes all understanding, shall guard your hearts and your thoughts in Christ Jesus” (Phil. 4:7).

from None But The Hungry Heart
image by HeartLight.org

“…pray for one another, that you may be healed and restored. The heartfelt and persistent prayer of a righteous man (believer) can accomplish much [when put into action and made effective by God—it is dynamic and can have tremendous power]. Elijah was a man with a nature like ours [with the same physical, mental, and spiritual limitations and shortcomings], and he prayed intensely for it not to rain, and it did not rain on the earth for three years and six months. Then he prayed again, and the sky gave rain and the land produced its crops [as usual]” (James 5:16-18 Amplified Bible).

A Wind in the House

A Wind in the House of Islam 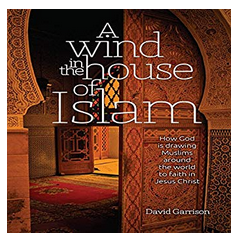 “Terrorist attacks, the threat of nuclear weapons, persecution of Christians, the abuse of women—these are just some of the recurring themes whenever the American news media get around to covering the Muslim world—which isn’t often. It’s enough to tempt you to think that the House of Islam is beyond redemption or hope.

Well, I’m thrilled to tell you that God is doing miraculous things in the House of Islam. David Garrison, a missions expert with the Southern Baptists, has written an amazing new book called A Wind in the House of Islam, which describes an unprecedented movement of Muslims into the Christian faith over the last twenty years…

Upon hearing the increasing stories of conversions recently in the Islamic world, David went on a journey of 250,000 miles to speak with Muslims in West Africa, North Africa, the Middle East, Central Asia, the Persian world, South Asia, and the Indo-Malaysia archipelago, asking them the fundamental question, “What did God use to bring you to faith in Jesus Christ?”

His research uncovered that in the fourteen hundred years since Muhammad founded Islam, there have been eighty-two movements of Muslims turning to Christ. As a starting point, he defined “movement” as 1000 Muslims receiving Christian baptism, a public statement of their faith in Christ.

Now 82 movements in 1400 years doesn’t sound like a lot. But David Garrison points out an amazing fact—84 percent of those movements have started in just the last 20 years. There is indeed a new wind blowing!”

“Why are more than a billion people around the world abstaining from eating, drinking, smoking, and sex from dawn to sunset this month? [May 6-June 4, 2019]. They are Muslims who are fasting during the holy month of Ramadan.” Learn more at:

World Christian’s annual Hindu World Prayer Focus calls Christians and churches worldwide to take 15 days (Oct 20 – Nov 3, 2019) to learn about and pray for our world’s over one billion Hindu neighbors. That time period also encompasses the significant Hindu Festival of Light (Diwali). The informative prayer guide booklets (shipping starts late Summer 2019; preorder now) will help Christians to know how to pray for the people(s) growing up within this major and very diverse world religion. (Of course, if this 15-day time frame does not work for you, there is no prohibition to taking another 15 days.)

30 Days of Prayer for Muslim World 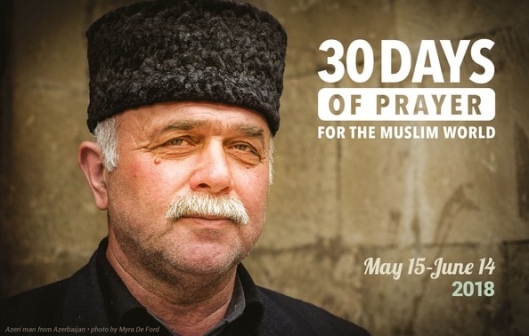 The 30 Days of Prayer for the Muslim World began in 1992 with a group of Christians who felt inspired to challenge the way they understood Muslim people. What if they saw Muslims in the same way God does?

A prayer planner/diary can be a useful tool for a more consistent ministry of intercession. A popular edition with a world missions focus is the planner published annually by YWAM.

It is available in different colors from YWAM and WorldChristian.com

The Path of Prayer 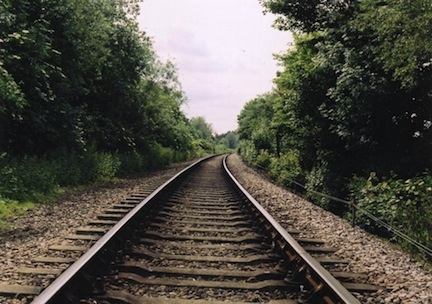 “Our prayers lay down the track on which God’s power can come. Like some mighty locomotive, his power is irresistible, but it cannot reach us without rails. When men cease to pray, God ceases to work, for without their prayer he will do nothing. It is the who direct heavens power to the place of need.”

Watchman Nee
– What Shall This Man Do?

30 Days of Prayer for the Muslim World

Here is a strategic tool for intercession: